Many people are aware of the way the number eleven has clustered around 9/11. Much less well known is the smaller clustering of the number five around the Pentagon Building. The Pentagon was deliberately built on the principle of fiveness, so I will start the page with those structural features. However, 9/11 and English gematria have added further fives, showing that the Pentagon was tagged with this number at the behest of a higher power. 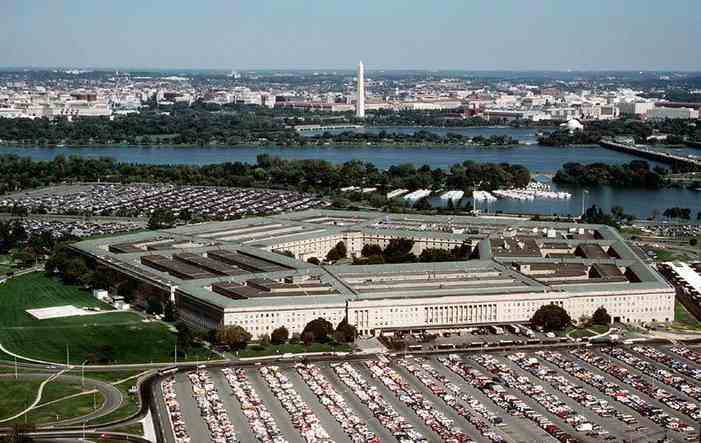 1. The Pentagon building is five-sided, built the form of a perfect pentagon.

2. This pentagonal structure is further divided into five concentric pentagons.

3 The Pentagon has five storeys above ground.

5. The word 'pentagon' has an ordinal value of 92, the eighth pentagonal number.

7. In Washington DC itself (just across the Potomac River from the Pentagon) is an inverted pentagram, centred on the Whitehouse and thought to be a masonic symbol. The Whitehouse is thought to have been the fourth 9/11 target.